Buy album
View on Bandcamp
"This album is amazing. And very difficult to classify. Can you imagine a black Lucinda Williams? Not like when she plays the blues torn from her first albums, no. A black Lucinda Williams in pop, rhythm, blues and even gender roots Americana. So it sounds, if you can imagine such a hodgepodge somehow, the latest album from this brutal, original, explosive singer." -- El Descodificador, Vanity Fair (Spain)

"Our admiration for Queen Esther is almost beyond measure." -- Rootstime (Belgium)

"It’s the melancholy country cuts that Queen Esther excels in. 'I’ve Come Undone Again' is a particular highlight; a splendid slice of melancholy country complete with Hank Williams-esque melody and all. 'Love Is a Wrecking Ball' and 'I Feel Like Going Home' are wrought with emotion and are likely the best tracks here." -- Americana UK

"Every song is sung with passion and fire, by this underrated female singer who should be a musical giant." -- Country Music People (UK)

“Queen Esther’s new album The Other Side is unlike anything you’ve heard in recent years…or possibly ever.” -- Muruch.com

"She sings Steve Miller’s “Jet Airliner” (by the Creole songwriter Paul Pena) and original gospel and rockabilly tunes, but the bulk of the album is devoted to hard-country numbers that could have been taken from a Connie Smith or Lee Ann Womack record but were in fact composed by Queen Esther herself. These are ballads and two steps about romantic crises, and the strategic unsteadiness in her glowing voice suggests not the cool self-assurance of an urban sophisticate but the heart-on-a-sleeve transparency of a small-town innocent. " -- Paste

"Queen Esther literally has the voice of an angel." -- Jersey Beat

"Queen Esther's vocals, even at their hardest-rocking, invoke the high-and-lonesome plaintiveness of the honky-tonk bluegrass/rockabilly continuum as much as they do the harsher-timbred blues tradition." -- Living Blues

"A masterpiece of an extremely talented singer/songwriter who can compete with the major players in this field, such as Lucinda Williams." -- Blues Magazine (The Netherlands)
Read more… close
0:00/???

Buy album
View on Bandcamp
"What is Love?" is the new CD release from stunning vocalist, Queen Esther. In this collection of jazz tunes, Queen Esther brings to mind great singers like Sarah Vaughn and Nina Simone but ends up sounding uniquely like Queen Esther. Backed by a stellar band of New York's finest players and produced by Grammy nominated composer, J.C. Hopkins, Queen Esther creates a growling, crooning, and passionately expressive piece of work.

The band consists of Kenyatta Beasley on trumpet, Vincent Chancey on french horn, Hilliard Green on bass, and J. Walter Hawkes on trombone and ukelele. Patience Higgins blows tenor sax, Matt Ray plays piano, and Warren Smith plays drums. This band really cooks and the production from J.C. Hopkins is topnotch. But this is Queen Esther's show and she commands the stage. The first cut, a Hopkins penned tune called Remember When? is an uptempo cool jazz that really showcases Queen Esther's powerful voice. Higgins' sax is the perfect cool complement to Esther's hot vocal.

The title cut, What is Love? is another Hopkins' penned jazz piece. In fact, J.C. Hopkins wrote 7 of the 10 cuts on What is Love? and his work stands up very well against some of the jazz classics that Queen Esther covers here. On What is Love?, Esther's vocal is again right on target and joined nicely by Higgins on sax and Beasley on trumpet. On the classic, I Cover The Waterfront, Queen Esther delivers an amazingly expressive and emotive vocal backed only by Hawkes on ukelele. Her phrasing is impeccable and the result is riveting.

The more I listened to Queen Esther, the more I wanted to listen to Queen Esther. The band is one of the top jazz ensembles around, the songs from Hopkins are deliciously memorable and well written and Queen Esther's performance is an instant classic. She seems to bring her amazing voice from the very core of her soul and owns every song she sings. This is the best jazz album I've heard this year.

"Maybe you've heard Queen Esther singing the blues with James Blood Ulmer or Elliott Sharp. Maybe you saw her singing jazz in the theater production of Harlem Song. Either way, her proper debut album Talkin' Fishbowl Blues will take you by surprise. This record ROCKS! In her bio, she described her sound as "If Keith fired Mick and decided to let Tina Turner front the band with Gram Parsons riding shotgun," and that's actually right on the mark. There's a decidedly Stonesy swagger to many of these tunes with just a touch of twang, and Queen Esther shows herself to be just as versatile a vocalist as Tina, covering not only the lead vocals but nearly all the background vocals as well. She's got a great voice (four octave range), and maybe it's her theater background, but all her vocals (even the backing vox) are filled with passion and brimming with personality. She even adopts something close to Mick's country honk for the title cut. Queen Esther writes about what she knows: mostly being a young woman transplanted to New York City and relationships, but she's a keen observer and turns some great phrases throughout. The band is rock & roll basics: guitars, bass and drums -- and more guitars, and they play with just the right mixture of being together but playing loose. Jack Sprat's production is crisp but not glossy, and there's a freshness to the performances that implies they didn't play these songs to death hoping for the "perfect" take. There are guitars all over the place, including some tasty lap steel on "Taster's Choice," nice wet sounding tremolo guitar on "Get It Right This Time" and patented Keith Richards' riffs on "Talkin' Fishbowl Blues." "New York City" is built on an irresistibly funky groove, with sassy backup vocals and twangy slide guitars all over the top while Queen Esther just belts it out. But just when you think you might have Queen Esther's "Black Americana" sound figured out, she offers up the a cappella, gospel-flavored "Help Me," where she sings at least four parts, harmonizing with herself. Then she turns around and gives a straight reading of "Stand By Your Man"(!), even supplying her own cornball country choir for the backing vocals to close out the album. You'll have to set your preconceptions aside for this one. Queen Esther is active in the theater and performance art worlds, sings the blues, sings jazz with the JC Hopkins Biggish Band, and now has offered up a great rock & roll album. Is there anything this woman can't do?" - AllMusic.com (4 out of 5 stars)
Read more… close
0:00/??? 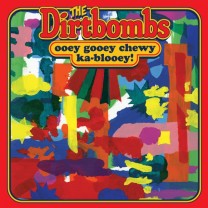 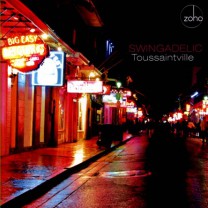 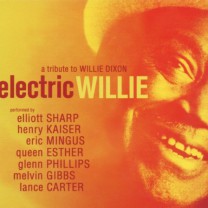 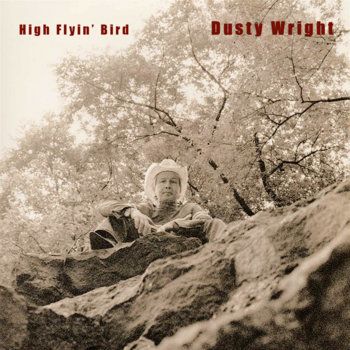 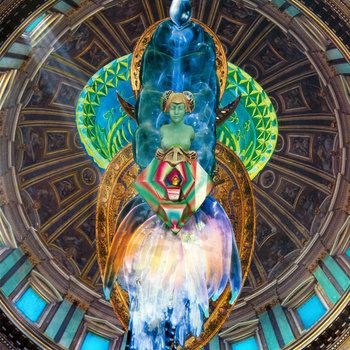 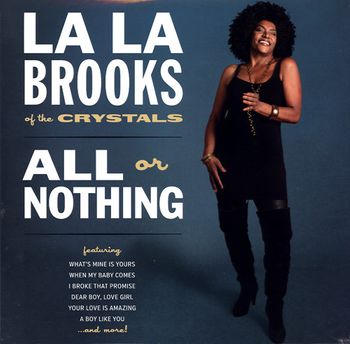 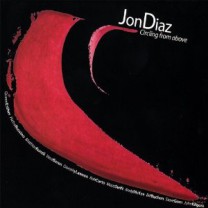 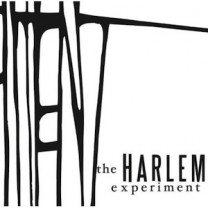 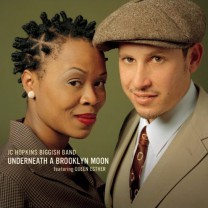 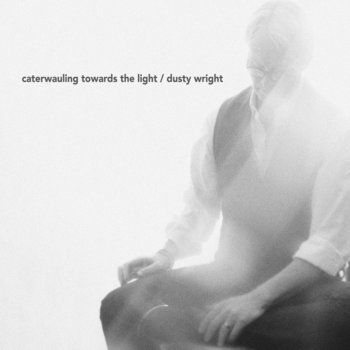 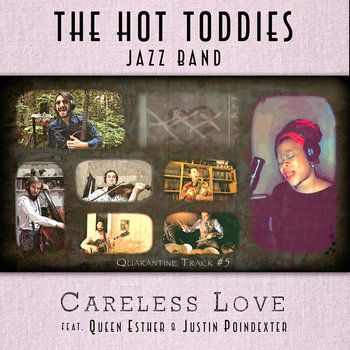 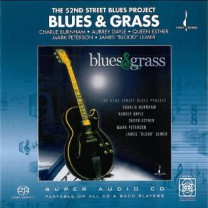 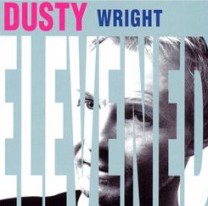 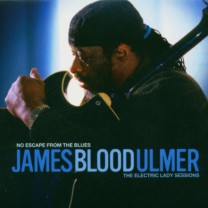 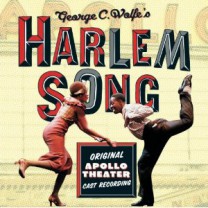 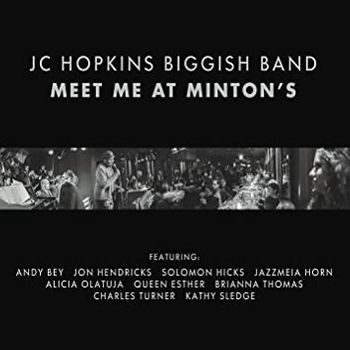 MEET ME AT MINTONS 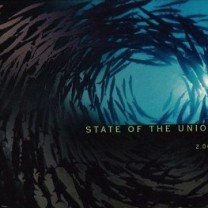 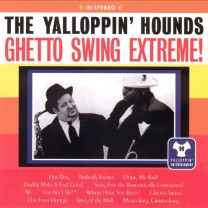 STATE OF THE UNION 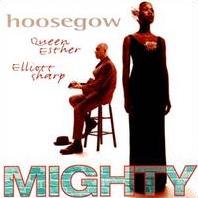 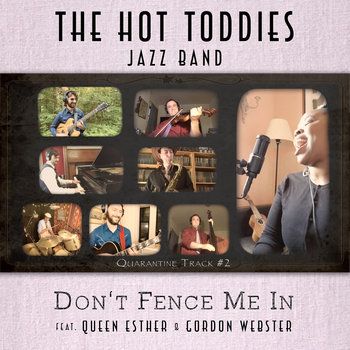 DON'T FENCE ME IN