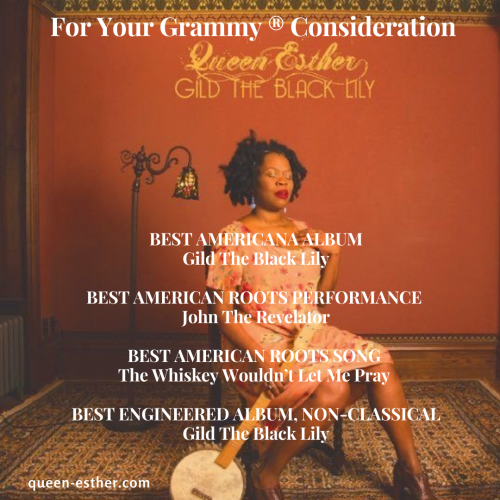 To all Grammy voters -- thank you for listening!

"Queen Esther manages to exude a preservationist feel in her music while putting a distinctly modern stamp on it. Beginning to end, Gild The Black Lily is as pure and enjoyable an album of old-time country, blues, gospel and folk music as you’ll ever hear. It’s fresh and original—not an imitation—and there are other obvious music influences at work in it, but the lineage between it and old Americana music is direct and clear." -- Adventures in Americana